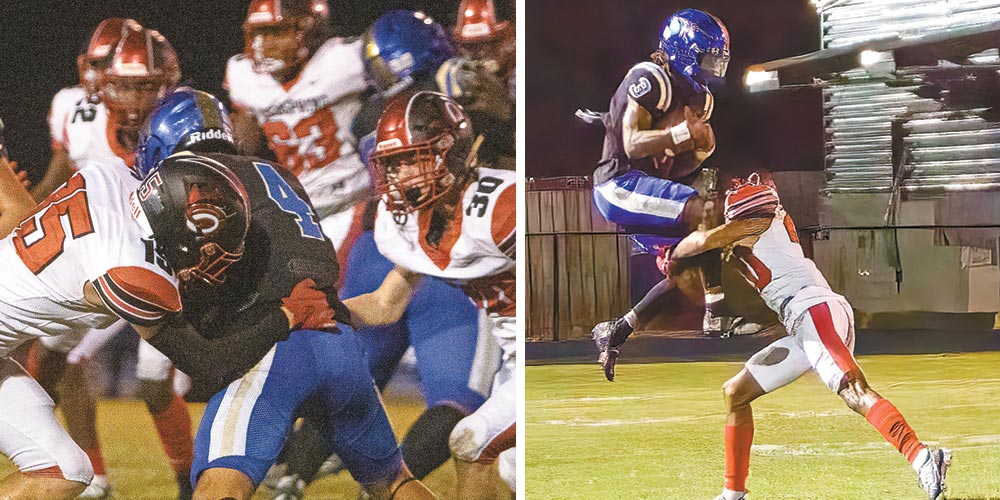 HAMSHIRE — The Coldspring Trojans traveled almost to Louisiana to bring home a 42-12 loss against Hamshire-Fannett on Friday.

The opening kick was the highlight of the game as Luke Monroe received the ball and ran 95 yards up the home-field sideline for the first score of the game. However the point after failed because of a fumble, so COCISD held its only lead.

Not long after, the Longhorns marched downfield for a TD and managed to center punch the ball through the uprights. The Longhorns then recovered a fumbled punt attempt in the Trojans end zone for 14-6 advantage.
Coldspring managed to score one more time in the second quarter.

Hamshire went on to score 14 more points in second half while leaving the Trojans scoreless.

Luke Monroe went 3-for-3 for 25 yards in passing, the bulk of which ended up in Easton Dean’s hands, who had 20 yards receiving.

ORANGEFIELD — The Pirates move to 1-2 after Friday’s 48-28 loss Orangefield.

“We had some penalties early on that put us in a hole offensively,” he said. “You can’t make mistakes and beat quality football teams like them. I thought our kids played physical all night. We made a run late in the game but had a few calls that didn’t go our way.”

Robison said the team needs to eliminate turnovers and improve on special teams.

Next up is Homecoming vs. Hempstead on Friday at 7:30 p.m.