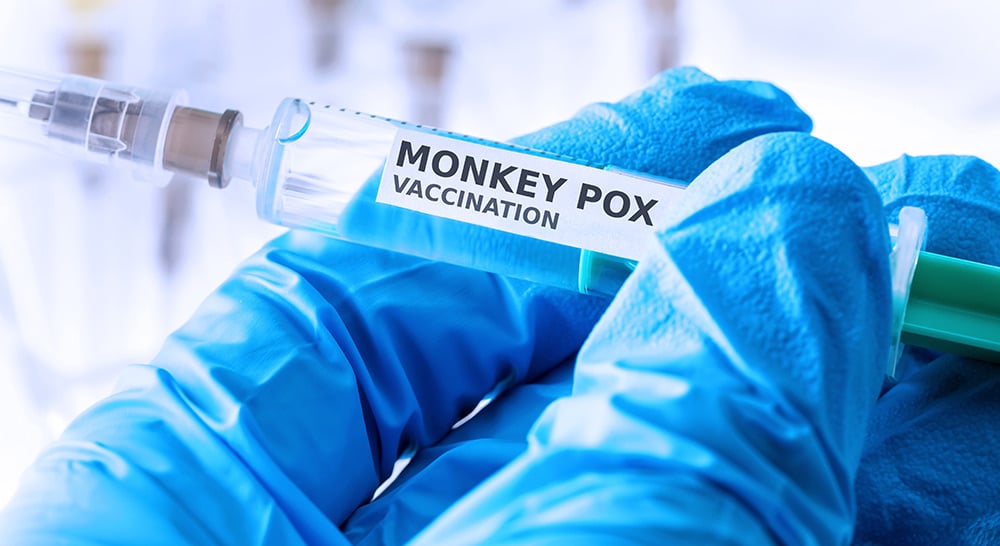 The Texas Department of State Health Services has received and distributed 14,780 doses of the monkey pox vaccine to local health departments and DSHS regional offices. Another 27,000 doses could be made available by the Strategic National Stockpile.

The disease causes a serious skin rash with painful lesions and appears to be spreading through direct contact with the skin or saliva of an infected person. The disease is preventable by avoiding skin contact with someone who has the disease.

“Risks include having sex, kissing or hugging someone with monkeypox or sharing cups, utensils, bedding or towels with them,” according to DSHS.

Through July 29, a total of 5,189 monkeypox cases have been reported nationwide, with 351 of those in Texas. While certainly painful, monkeypox is very rarely fatal.

When it comes to commuting to work in Texas, two items stand out. Nearly 90 percent of Texans travel alone to work, and it takes longer to get to where one’s going these days.

More than 95 percent drove a car, truck or van to work, while a scant 1.3 percent used public transportation, excluding taxis. Folks who walked to work totaled just 1.5 percent of all Texas commuters.

It’s been hot out there this summer, and cities are recording record temperatures. The Texas A&M Forest Service notes that developed areas often experience higher temperatures than rural areas.

“Areas in these microclimates of a highly developed city, known as urban heat islands, can be up to 20 degrees warmer than surrounding areas that are more rural, according to Climate Central, a nonprofit news organization that analyzes and reports on climate science,” according to the news release.

Mac Martin, with the forest service, noted planting or saving large expanses of trees in urban areas can go a long way toward cooling temperatures. Mature trees can release hundreds of gallons of water vapor daily through their leaves, cooling the air. Shaded areas can be between 20 to 45 degrees cooler than peak temperatures in unshaded expanses of concrete.

The Texas Historical Commission has announced $22.5 million in grants to five counties to aid in preservation and restoration of their historic courthouses. Four of the counties — Hall, Kimble, Upshur and Wise — received construction grants for full restoration. Comanche County received a planning grant that will be used to prepare for a future full restoration.

“We are thrilled to partner with these communities on these critical historic preservation projects,” said THC Executive Director Mark Wolfe. “Their dedication to their historic courthouses will pay economic and quality of life dividends for decades.”

Throughout the state, 104 counties have received grants from the THC program, with $350 million allotted to fund the full restoration of 78 courthouses and smaller grants to assist with planning and emergency needs given to another 26 counties.

Scattered rain in the upper Texas Panhandle, the Upper Gulf Coast and East Texas have lessened the fire danger somewhat in those areas, but the risk remains high with temperatures hovering above 100 degrees. There were 14 active wildfires as of Sunday, the largest still being the Chalk Mountain Fire in Somervell County, covering 6,746 acres and 53 percent contained, according to the forest service.

With 224 counties now under burn bans, officials are urging landowners to be extra vigilant about preventing fires. The Austin American-Statesman reported a spate of fires in Central Texas in recent days.

“We just want people to have a hyper sense of awareness,” Hank Jones, Williamson County Fire Marshal, told the Statesman. “We are so dry just this week alone we had a fairly large grass fire in Jarrell caused by a truck that blew a tire and when the rim hit the asphalt it created a spark that had 20 to 30 acres burning.”

Cedar trees can especially cause problems in Central Texas because they drop needles underneath that can quickly ignite. Homeowners are urged to consider limiting the use of cedar trees around their houses.

The number of new cases of COVID-19 in Texas dropped in the past week to 72,653, with 154 deaths reported, about even with the previous week, according to the Coronavirus Resource Center at John Hopkins University.
The number of lab-confirmed COVID-19 hospitalizations rose slightly to 3,624 across the state, according to DSHS.

The BA.5 variant is now prevalent in Texas and elsewhere but seems to have less serious effects, especially for people who have been fully vaccinated and boosted, according to health officials.

Gary Borders is a veteran award-winning Texas journalist. He published a number of community newspapers in Texas during a 30-year span, including in Longview, Fort Stockton, Nacogdoches and Cedar Park. Email: This email address is being protected from spambots. You need JavaScript enabled to view it.