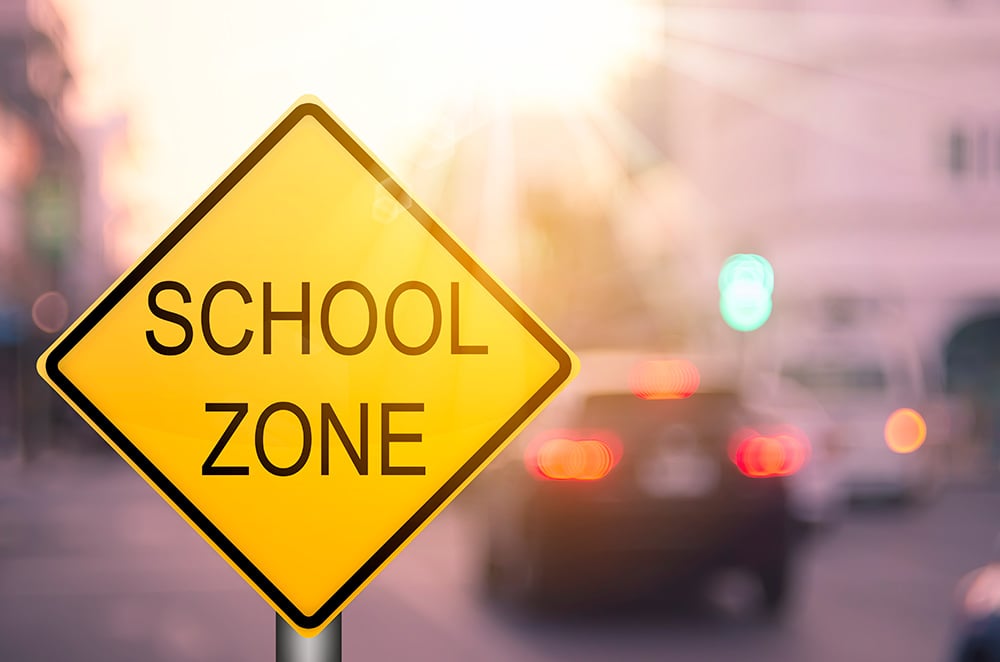 Millions of Texas children are heading back to school this month, as early as this week in some districts. The Texas Department of Transportation urges drivers to be especially alert and focused when driving in school zones and near bus stops.

Drivers are further reminded that a new Texas law requires drivers to stop and yield to pedestrians in crosswalks, according to TxDOT. The Lisa Torry Smith Act is named after a young mother killed in Missouri City in a crosswalk as she walked her son to school. The driver received a $50 fine for failing to yield, according to numerous media reports.

Now it’s a crime punishable with up to two years in prison.

The former co-owner of Bill Hall Jr. Trucking in Bexar County has been indicted in Travis County for fraud in an alleged scheme to get lower workers compensation insurance premiums by concealing payroll reports. A Texas Department of Insurance news release said the plot allowed the company to avoid more than $9 million in premium payments.

Francis Hall, the former co-owner along with her husband, was previously convicted of murder in 2016 for knocking her husband’s motorcycle off the road in 2013 with her Cadillac Escalade as she chased his lover, who was in another vehicle, on the same stretch of Loop 1604 in San Antonio. She claimed it was an accident, and the jury gave her the shortest possible sentence in that case. She was released two years later in 2018, according to the San Antonio Express-News.

Fraud investigators with TDI claim that between 2009 and 2016, “Hall allegedly provided false payroll information to Texas Mutual Insurance Company and concealed payroll reports to get lower insurance premiums on their extensive gravel hauling business.”
If convicted, Hall could face life in prison and up to a $10,000 fine. She is currently free on bond.

As the summer heat and dry conditions persist, so does the danger of wildfire. The Texas A&M Forest Service reported 10 active wildfires across the state as of Sunday. The largest fire at 3,323 acres in Throckmorton County was 90 percent contained. The Big Sky Fire in Gillespie County had consumed 1,459 acres and was also 90 percent contained.

Burn bans are now in force in 225 Texas counties, according to the forest service. Only El Paso County and a portion of neighboring Hudspeth County are not under some level of drought throughout the entire state.

The Texas Department of State Health Services is seeking grant applications for $20 million dedicated to health centers in areas where resources are scarce and access to adequate health care can be challenging. The funding came from the federal American Rescue Plan Act, and the Texas Legislature approved funneling it to federally qualified health centers (FQHC).

“Federally Qualified Health Centers are a valuable support for people who need essential medical care but live in areas where resources are scarce and access can be challenging,” said State Sen. Robert Nichols, R-Jacksonville. “Once they are up and running, they operate without local or state financial support. These grants are intended to bridge the gap between start-up cost and full certification to enable the program to expand in Texas.”

Open enrollment is available until Dec. 31 or until program funding is exhausted. More information is available on the DSHS website: dshs.texas.gov.

More funding from the federal American Rescue Plan Act will soon be headed toward entities tied to travel and tourism which were adversely affected by the COVID-19 pandemic. That includes arts entities, according to the Texas Commission on the Arts.

The program, operated by the Governor’s Office of Economic Development & Tourism, provides one-time grants of up to $20,000 to eligible Texas businesses and non-profits that experienced an economic loss due to COVID-19. The $180 million dedicated to the grant program to aid in the recovery of Texas tourism, travel and the hospitality industry was authorized in the last regular legislative session.

The number of new COVID-19 cases in Texas during the past week rose slightly to 78,845, with 244 deaths reported by the Coronavirus Resource Center at Johns Hopkins University. DSHS reports 3,490 lab-confirmed COVID-19 hospitalizations, a slight drop from the previous week.

DSHS also reports 17.9 million Texans are fully vaccinated, or 60.6 percent of the state’s population, while 7.3 million have received at least one booster shot.

Gary Borders is a veteran award-winning Texas journalist. He published a number of community newspapers in Texas during a 30-year span, including in Longview, Fort Stockton, Nacogdoches and Cedar Park. Email: This email address is being protected from spambots. You need JavaScript enabled to view it..