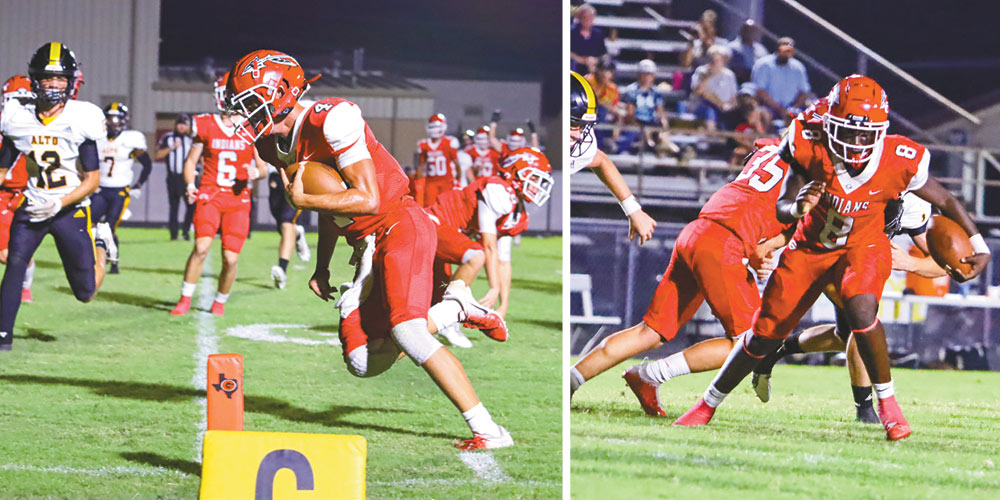 HEMPHILL — Although the Tigers were hopeful of a winning start to district, the Hornets proved too tough to handle.

Trinity lost to the Hornets 56-0 on Friday.

Speed, experience and size proved to be an impossible obstacle for the Tigers to overcome as the Hornets dominated play from the beginning. By the sounding of the final whistle the Hornets had amassed 56 points while the Tigers were never able to get close to the end zone.

Despite the loss, Head Coach Patrick Goodman said Creek Copley played well on both sides of the ball — offensively and defensively.

He also said Marshall Sizemore and Jaryis Woods both played well on defense, and DeMarvin Grooms had some good runs from the tailback position.

There are five remaining games on the district schedule, and Goodman said the Tigers are optimistic they can get the season on track and begin to compile some wins.

The Tigers have a much needed off week coming up which will give them time to recover from injuries and prepare for Homecoming on Oct. 7 as district play resumes against the Kountze Lions.

The Indians opened district with a 32-20 loss to Alto on Friday.