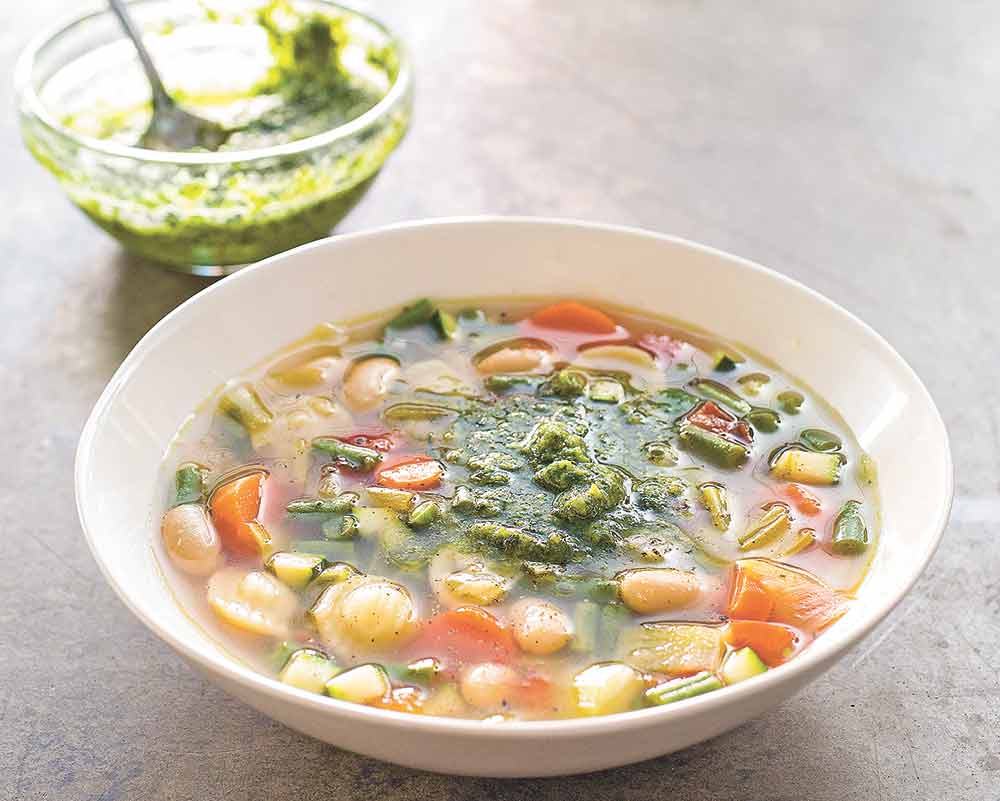 Did you ever see the 2009 film Julie & Julia?  It’s a cute romantic comedy about legendary cook and author Julia Child and Julie who blogs about her experience working through Ms. Julia’s book, Mastering the Art of French Cooking.  Julie, an aspiring cook and blogger undertakes the impressive goal of preparing every recipe in the book, over 500.

I recently received as a gift the very same Mastering the Art of French Cooking by Julia Child.  This is not just another cookbook.  Originally published in 1961, the object of the book is to teach American readers how to prepare classic French dishes.  Actually, mine is a 50th Anniversary edition revised in 1983 to incorporate kitchen tools that were not available at the time of the first printing.  It is a wealth of basic information for anyone interested in improving their cooking skills.  The techniques illustrated can be applied to many other recipes and cuisines.  For those who don’t know, Julia Child a native of California studied in Paris at the famous culinary school, Cordon Bleu.  She achieved national fame from her appearances on the public television series, The French Chef, earning her the Peabody Award in 1965 and an Emmy in 1966.

The greatest skill that I learned from my years of working with chefs and hosting the cooking show was how to cut round vegetables on a flat surface.   One simple step makes cutting onions, carrots or potatoes much easier and safer.  After cutting off the ends of the carrot.  Cut it in half crosswise to shorten the piece you are cutting.  Then carefully cut each piece lengthwise down the center.  Now you have four halves that you can place flat side down and cut without it rolling or the pieces rolling off onto the floor.  Same for the onion; cut it right down the center to create a flat surface.  Then, flat side down slice or dice with greater efficiency.  Learning basic techniques reduces prep time and makes our kitchen experience more meaningful.

This month’s recipe is inspired by one from Ms. Julia’s book.  If you have the book Mastering the Art of French Cooking, you will notice that I changed the format into one that is more frequently used in American cookbooks.  I have made some slight alterations in ingredients and process but the essential nature of the recipe is the same and results in a delightful soup that brings together, flavor, texture and eye appeal all in one savory dish.  It has definitely become my new favorite.

The main difference of this soup from others is the addition of an interesting sauce, Pistou that is added right before serving which makes it a French classic.  Pistou, pronounced Peestoo is a cold sauce from the Provençe region of southern France made from garlic, basil, olive oil, cheese and sometimes tomato.  It resembles the Italian Pesto without the pine nuts.  The word pistou in the Provençal dialect means pounded and refers to the use of a mortar and pestle to grind the garlic and basil along with the other ingredients into a paste.  The addition of a vegetable sauce to add flavor and texture to a soup comes right out of classic French cuisine.

While this cookbook is a great source of learning, I have to say that I have not committed to preparing every recipe.  I think that is better left as a good movie topic.  But for now, let’s enjoy a French Classic. Bon Appetit!

Tim Scallon is a registered dietitian nutritionist with years of experience practicing nutrition therapy in local hospitals and clinics, teaching nutrition and developing healthy recipes.  He helped create the popular TV show Memorial Cooking Innovations celebrating the world of food and health.  Memorial Cooking Innovations is produced by CHI St. Luke’s Health and the City of Lufkin.  It has featured in 62 cities and is locally available on Sudden Link cable TV channels and online at www.chistlukeshealthmemorial.org. 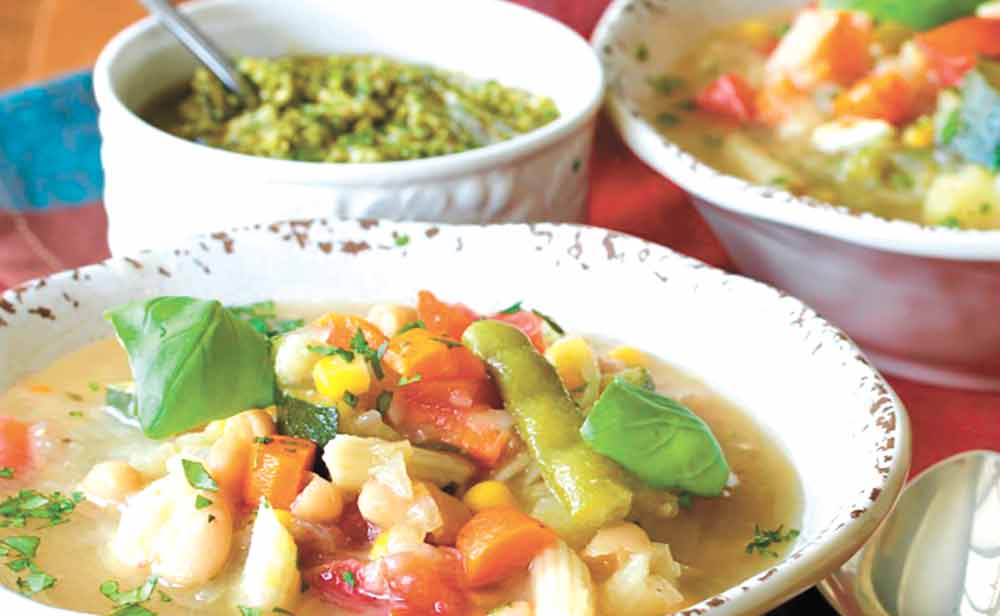 Serving Size: 1/15th of the recipe

• In a large stock pot, bring the broth and water to a boil.  Add the carrots, potatoes, onion, celery, salt and pepper and slowly boil for 25 minutes.  Add the zucchini and parsley and continue to simmer for 10 minutes.  Stir in the beans, bread, curry and turmeric and remove from heat.

• While the initial vegetables are cooking, prepare the pistou (pronounced Pees-too).  In a medium mixing bowl, combine the basil and tomatoes.  Using a wooden spoon, crush the tomatoes into a puree or paste.  Stir in the garlic and cheese until well blended.  Add the olive oil, drop or two at a time while stirring.

• When the soup is done, gradually add a cup to the pistou while stirring.  Then add the pistou back to the soup pot while stirring.  Return to heat and simmer for 10 minutes to blend flavors and achieve serving temperature.  Serve with hot French bread or toasted bread rounds basted with olive oil.

Notes:  Use red or gold potatoes.  If using salted beans, reduce the salt by half.  Fresh bread laid out during cooking works well.  I use whole grain bread for greater nutritive value and better texure.