Grafitti – the word evokes images of defacement and destruction of public and private property, vandalism, and anti-social behavior.
But it wasn’t always that way.

Up until the 1850s, graffiti was not only acceptable but encouraged. Historians used “graffiti” to learn about a building’s architecture and the designer who built it, local religious beliefs and superstitions, historical battles, and even romance.

In ancient times, graffiti displayed declarations of love. And not just a simple “I love you,” but long dissertations and poems extolling the virtue of their beloved. Political rhetoric, insults, or the writer’s thoughts have been etched into walls and monuments. After the eruption of Vesuvius, historians discovered graffiti from Pompeii, including Latin curses, magic spells, famous literary quotes, and even advertising, preserved on the city’s walls and buildings.

During the Napoleonic campaign in Egypt in the 16th century, French soldiers carved their names on monuments, and by the late 17th century, it was commonplace for guests to memorialize visits to historical sites by leaving elaborate inscriptions on the buildings. The mammoth granite rock landmark found on the Oregon Trail became known as the Register of the Desert because of all the emigrants who had carved their names into it.

Perhaps one of the oldest examples of modern graffiti were the monikers found on train cars created by hobos and rail workers in the late 1800s. In his film, Who is Bozo Texino, Bill Daniel attempted to uncover the story behind a legendary sketch of a blank-staring cowboy character with the scrawled moniker Bozo Texino underneath it. The film revealed a little-known and almost extinct subculture of tramps, graffiti artists, and the desire for social misfits to express themselves. Today, train-car art is still one of the most widespread forms of graffiti.

During World War II, a little doodle of a bald-headed man featuring a prominent nose peeking over a wall, fingers clutching the wall with the phrase “Kilroy was here” written underneath became what might be called “famous,” (or would it be infamous) graffiti. The cartoon appeared in the most unlikely places and instigated speculation about who the mysterious Kilroy was. Adolf Hitler believed that Kilroy was the codename of some high-level allied spy.

It was rumored that Stalin found the moniker written in the VIP bathroom at the Potsdam Conference, and German intelligence discovered the phrase on captured German equipment. Decades after the war, individuals would still use the “Kilroy was here” caption to anonymously indicate their presence.
The advent of aerosol paint accelerated the graffiti movement. Graffiti became associated with anti-establishment and the punk-rock movement of the 1970s and 80s. Punk nightclubs, squats and hangouts were famous for their graffiti. Then came commercial graffiti.

In 2001, computer giant IBM launched an advertising campaign involving people spray painting a peace symbol, a heart, and a penguin (the Linux mascot) on sidewalks to represent “Peace, Love, and Linux.” And in 2005, a similar ad campaign was organized by Sony, which paid building owners for the rights to paint “a collection of dizzy-eyed urban kids playing with their portable Playstation as if it were a skateboard, a paddle, or a rocking horse,” on their buildings.

While most graffiti is still considered a counter-culture illegal act, its not-too-distant-cousin, ‘street art’ has grown in popularity. Street art is generally defined as murals painted on building walls. Most street art is commissioned and executed by artists with formal training. Recently street art has become a tourist attraction for some small towns. It is used to inform visitors about the community’s history, local lore, or individuals who have contributed to the town’s success.

In the city of Crockett, two distinctive wall murals have been icons for years – the illustration of Davy Crockett found on the wall of the Elks Lodge on the corner of Milam and N. 5th Street, and the portraits of Sam Houston, James Bowie, Stephen F. Austin, and Davy Crockett, at 4th and Goliad. But recent additions have added an updated charm to the downtown area. 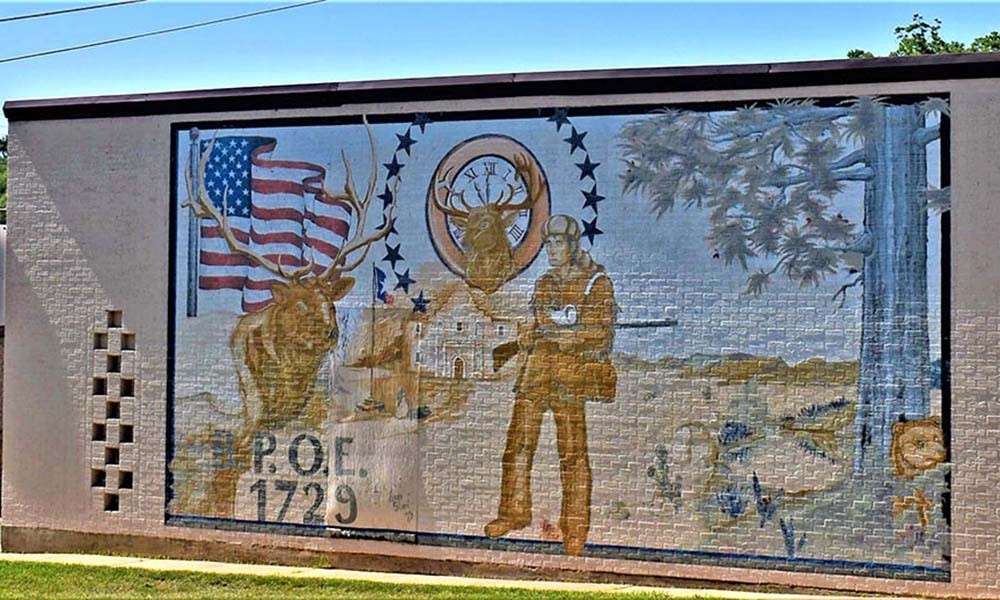 Located at the Elks Lodge on the corner of Milam and N. 5th Street. 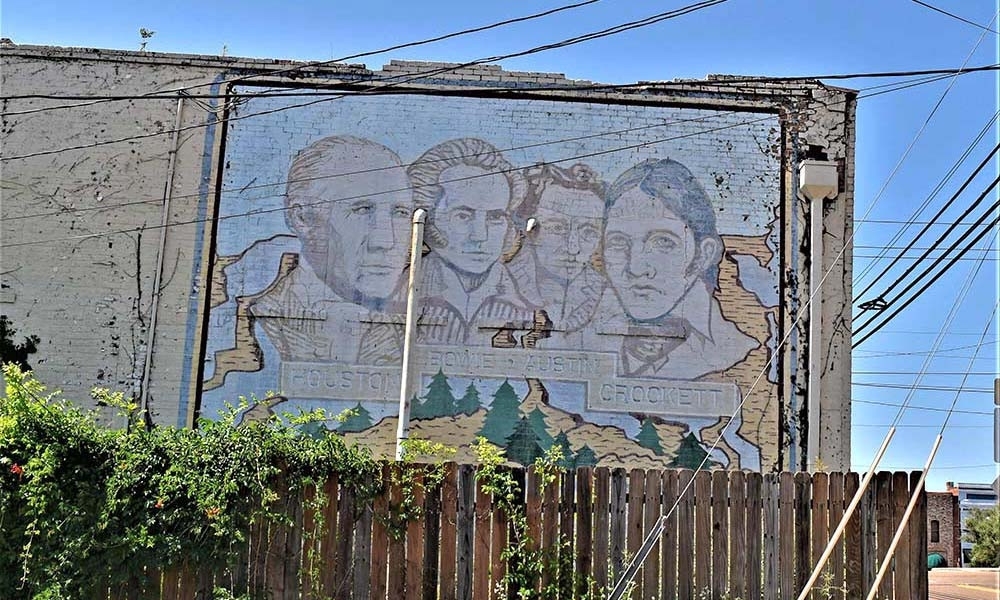 Located at the corner of 4th and Goliad 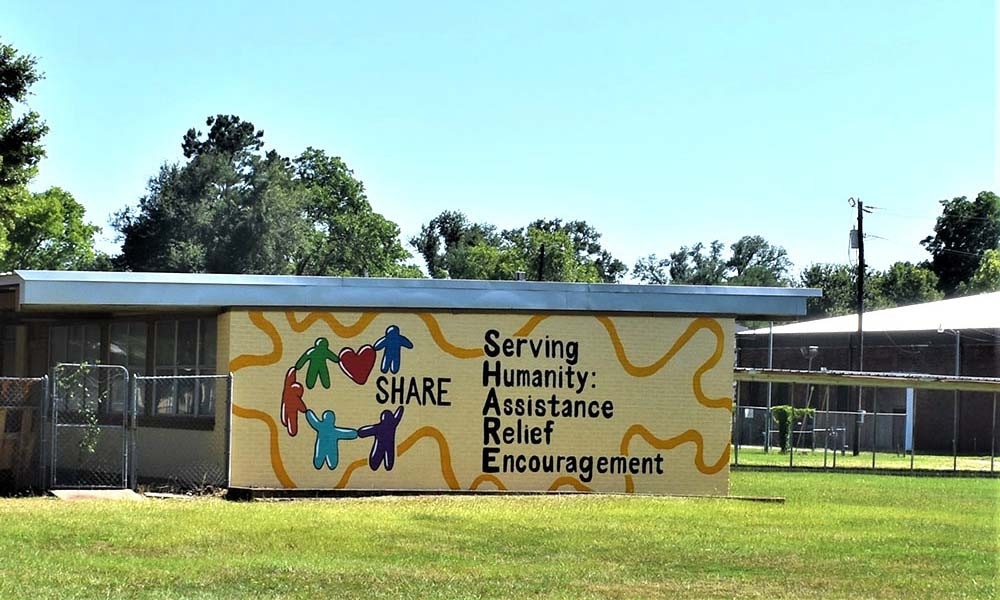