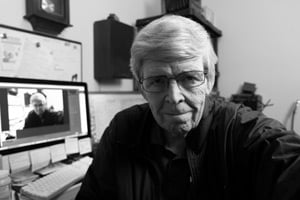 By Jim Powers
This email address is being protected from spambots. You need JavaScript enabled to view it.

Florida Governor Ron DeSantis last week chartered two planes to transport 50 migrants from a location in San Antonio, Texas to a small island town, Martha’s Vineyard Massachusetts, without notifying anyone they were coming. He defended his action by claiming he was actually helping these people by sending them where they were wanted, explaining that Florida was not a Sanctuary state and didn’t want these refugees.

Interviews with the immigrants when they arrived in Martha’s Vineyard indicated that they were lied to in convincing them to board the planes, and were told that they were going to Boston and other places, where they would receive jobs, food and a place to live. Those representing the Governor allegedly set up immigration appointments for Monday in various states knowing that these people could not make these appointments while stuck on an island. Failure to attend these appointments would have resulted in their arrest and deportation.

Governor DeSantis represents himself to be a Christian, yet apparently has never read the Bible, or thinks Jesus is a joke that he can ignore. Jesus did not make taking care of other humans optional for Christians, regardless of the sacrifice required. He certainly never imagined we could discharge this Christian duty by shirking that responsible off on others.

I usually have plenty to say in this column, but I’m at a loss to explain why someone masquerading as a Christian could justify using human beings as political pawns in what seems to me to be the very definition of human trafficking. So, I’ll let Jesus say what he thinks of it, and Mr. DeSantis can deal with Him. I’m completely disgusted by this lack of compassion for others.

31 “When the Son of Man comes in his glory, and all the angels with him, he will sit on his glorious throne. 32 All the nations will be gathered before him, and he will separate the people one from another as a shepherd separates the sheep from the goats. 33 He will put the sheep on his right and the goats on his left.

34 “Then the King will say to those on his right, ‘Come, you who are blessed by my Father; take your inheritance, the kingdom prepared for you since the creation of the world. 35 For I was hungry and you gave me something to eat, I was thirsty and you gave me something to drink, I was a stranger and you invited me in, 36 I needed clothes and you clothed me, I was sick and you looked after me, I was in prison and you came to visit me.’

40 “The King will reply, ‘Truly I tell you, whatever you did for one of the least of these brothers and sisters of mine, you did for me.’

44 “They also will answer, ‘Lord, when did we see you hungry or thirsty or a stranger or needing clothes or sick or in prison, and did not help you?’

46 “Then they will go away to eternal punishment, but the righteous to eternal life.”