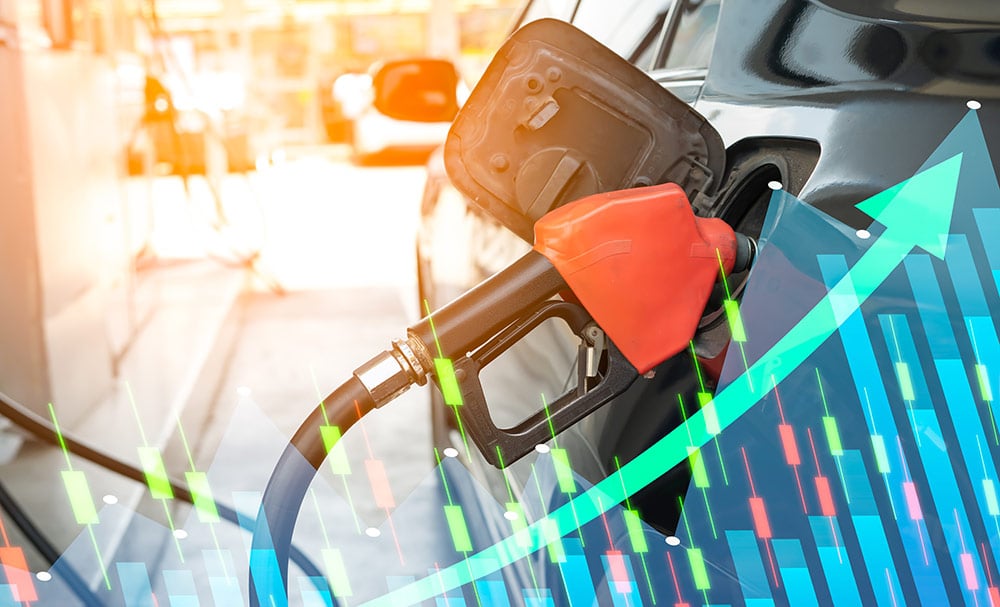 While gas prices nationwide dropped below $4 per gallon average last week, the state boasts the lowest prices in the country at an average of $3.49 — 50 cents below the national average, according to AAA Texas.

“Retail gasoline prices in Texas fell for the eighth consecutive week,” said AAA Texas spokesperson Daniel Armbruster. “While gas prices will likely keep dropping in the near term, it is unclear how long the trend will last. Demand for fuel jumped seven percent across the U.S. this week and regional fuel supplies fell by around three percent.”

Drivers fueling up in College Station are paying the most on average at $3.72, while those in the Brownsville-Harlingen area have the cheapest fuel at $3.19, according to a report by KWTX-Waco.

Eligible Texas voters must be registered by Oct. 11 in order to cast ballots in the Nov. 8 general election, according to Texas Secretary of State John Scott.

“Even though we’re still two months away from the voter registration deadline, it’s never too early to make sure you’re registered, update your registration information if you need to, and prepare yourself to vote in the upcoming election,” Scott said.

Texas law requires eligible voters to be registered 30 days before Election Day. Since the 30th day before Nov. 8 falls on a Sunday, prospective voters have two extra days to register this year.

By the end of July, drought conditions covered 97 percent of the state, up 11 percentage points from the end of June, according to Dr. Mark Wentzel, hydrologist with the Texas Water Development Board. July was drier and warmer than normal, a familiar refrain in 2022.

Storage in the state’s reservoirs is at 71 percent of capacity, which is 13 percentage points below normal for this time of year, Wentzel wrote. Still, the current drought is not as severe as the one Texans endured in 2011 for most of the state. However, South Texas is faring worse than it did in 2011 since it started the year with its water supply reservoirs already well below normal.

On Friday alone, Texas A&M Forest Service firefighters responded to 15 new wildfires that burned 540 acres. There are five active wildfires throughout the state, the largest being the Pine Pond Fire in Bastrop County, covering an estimated 700 acres and just 35 percent contained as of Sunday.

The Texas Division of Emergency Management at the direction of Gov. Greg Abbott has deployed additional strike teams, consisting of 32 firefighters and 10 engines.

“Communities across the state continue to be impacted by dangerously dry conditions that could lead to further spread of wildfires,” said Abbott said.

If someone calls claiming to be a Texas Department of Insurance employee offering to meet at one’s home to discuss insurance needs, it’s almost certainly a scam. That’s according to a TDI news release, which notes the agency only calls people who ask for assistance.

The agency’s fraud unit received a report from a person who was contacted by someone claiming to be a TDI employee and offering to come over and review insurance needs.

“The individual who received the call did the right thing by not providing any personal information and contacting us,” said Chris Davis, head of TDI’s Fraud Unit. “This may have been an attempt at identity theft or other crime.”

Anyone needing help with an insurance issue or suspecting insurance fraud can contact the TDI help line at 800-252-3439.

Have you been wondering about that working pumpjack in the strip-mall parking lot in Longview? (Yes, there is one.) The Texas Railroad Commission has recently completed placing all historic oil and gas production records online.

The RRC database covers oil production dating back to 1931 and gas back to 1937. More than 1,300 rolls of microfilm containing about 2.2 million images in the RRC’s central records were digitized.

“This is a significant undertaking and a historic moment for the Commission,” Matthew Herzon with RRC, said. “Not only does it give the public quick and easy access to the information, but it can also save staff time that’s spent researching for public information requests. Requesters can now get historical production information with the click of a mouse if they wish, and our staff can devote time for other tasks.”

The number of new COVID-19 cases in Texas in the past week dipped slightly to 72,715 with 194 new deaths reported, according to the Coronavirus Resource Center at Johns Hopkins University. The Texas Department of State Health Services reported 3,174 lab-confirmed COVID-19 hospitalizations on Sunday, a slight drop from the previous week.

Gary Borders is a veteran award-winning Texas journalist. He published a number of community newspapers in Texas during a 30-year span, including in Longview, Fort Stockton, Nacogdoches and Cedar Park. Email: This email address is being protected from spambots. You need JavaScript enabled to view it..